Preparing a business for sale is an important part of any successful exit strategy and, if properly implemented, will ensure that you obtain the best possible deal on the sale of your business. Don't leave this to chance, speak with our experienced and knowledgable team for advice on how to groom your business for sale.

How do I decide to whom I should sell my business?

Two thirds of all businesses in the UK are family owned. These businesses are responsible for half of all private economic output and employ over half the workforce. However, all businesses have to be either sold or passed on to the next generation at some time.

At present only about 30% of such businesses are passed on to the next generation and only 15% to the generation after that. This is due to factors such as family friction, better opportunities and the age gap. With children being born later in life, when it comes time to retire, the offspring may be too young to carry on the business.

Owners need to identify the needs, competence and aspirations of the next generation early on in the process. Business failure is often attributed to family members being promoted beyond their abilities. Alternative exit options such as sale to senior management or a trade sale must be considered.

How important is management in selling a business?

A high-value business sale will only be achieved if the dependencies of the business can be reduced, including that of dependency on the original founder. This requires effective delegation of responsibility through promotion of the existing management team or if the quality is not there, then through recruitment.

Much has been written about the importance of people in organisations, especially the key personnel. It is often said that when making investment decisions, funders back the management rather than the business. So whether the management team are being groomed as potential MBO candidates or to attract a third-party investor, an appraisal of their quality and maintaining that team is of key importance.

In the same way that a trade buyer will place reliance on quality management, the backers to an MBO team will also assess the team before deciding to support the deal. Management due diligence is becoming increasingly common prior to a deal and psychometric testing is often used to assess the strength of the MBO team.

We have seen deals fail where the MBO team is seen to be inadequate to take the business forward. Instances of the management team having been groomed by an owner for an MBO, only for the team to leave and set up in competition, have also been seen. So locking the team in early and ensuring commitment is the key.

How are key staff kept in place and motivated leading up to the sale?

In the case of a trade sale, most buyers will need the comfort that the management supports the idea of the purchase. So incentive schemes should be considered including share options, or possibly bonuses paid in the event of a sale. Bonuses would come out of the consideration received but would ensure the interests of the shareholders are matched with those of the shareholders.

To prevent the exodus of key management after a sale, purchasers will like to see service contracts are in place.

Companies are increasingly encouraging employees to be innovative in the workplace and indeed Google operates the 70 % rule where employees spend 70 % of their time on their core activity, 20% on related projects and 10% on business promotion. This is sometimes called intrapreneurship.

If this type of mindset can be introduced and maintained, with a reward structure in place such as share ownership, the result will be that key staff will be locked into the business, thus creating a motivated workforce and a more saleable commodity.

How should the business plan for a sale?

At some stage in the development of a business, the owners may decide they want to extract cash from the business in exchange for their shares. Obviously the strategy involves maximising exit value. This is improved by the business having a plan in place that will assist a potential new owner in the valuation process and enhance the valuation. Before the business reaches sale time all accounts and business plans including cash flows should be up to date.

Thorough preparation for a sale in advance of sale time improves management focus and will increase the final valuation. Business planning will enable achievable milestones to be set and the monitoring of performance against budget. Businesses are bought on the basis of the past, present and most importantly the future and an investor will analyse achievability based on performance against the plan. 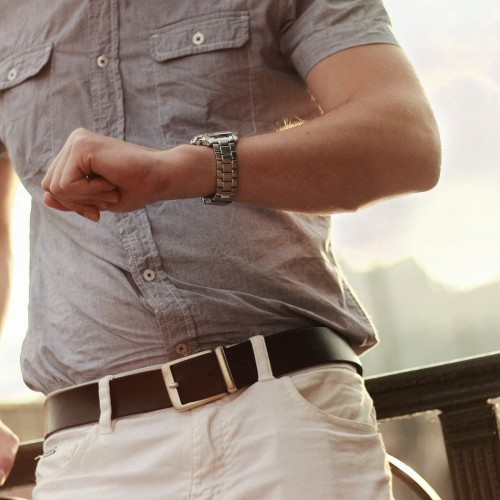 When is the best time to exit a business?

Many personal factors will influence the decision to sell. A target retirement age, health issues, the challenge of business and whether an heir apparent is in place. External factors are important and if a sale can be timed to coincide with a period of economic growth, sale value will be maximised.

The position of the company compared to the sector in which the business operates and whether there is still potential for growth are key factors. If the business is operating in a niche market it may be time to sell in advance of the product becoming mainstream.

Are there any other important issues to consider?

If a company is either the subject of or considering litigation, the uncertainties involved will affect the view of any potential purchaser. So any contentious matters should be eliminated as part of the grooming process. Failure to do so may result in a share sale with the associated tax benefits being compromised and leave an asset sale as the only option

Obviously profits should be maximised in the years leading up to sale without cosmetically enhancing performance. Consistent profits growth and maintained margins will attract buyers, as will audited accounts that closely resemble management figures.

A realistic depreciation policy will preserve asset value and quality assets will help to sell any business. Strong asset backing and long term asset funding within the business will encourage competitive bids.

In our experience vendor businesses with redundant or obsolete assets are advised to dispose of these items for cash and extract the proceeds prior to sale. Deals with net assets targets will not produce good value for these assets as the buyer would not be prepared to pay full value when completion accounts are prepared.

Buying and selling a property can be a stressful undertaking and our team of experts can guide you through the process, the tax implications, and work with your legal advisers to free you to concentrate on your business.

Selling a business is an important process that should not be taken lightly. Ensuring that you have the right team behind you providing the correct financial and tax advice and the benefit of their expertise is imperative. We have the experience, track record and expertise that you need for a successful properly structured sale.

Management buyouts or MBOs as they are often known, are in essence when a management team buys the business or part of the business within which they are already employed. They are a popular way for business owners to exit a business, passing ownership and control to a team they know and to ensure the continuity of the business into the future.